France provides Ukraine with a mobil’DNA 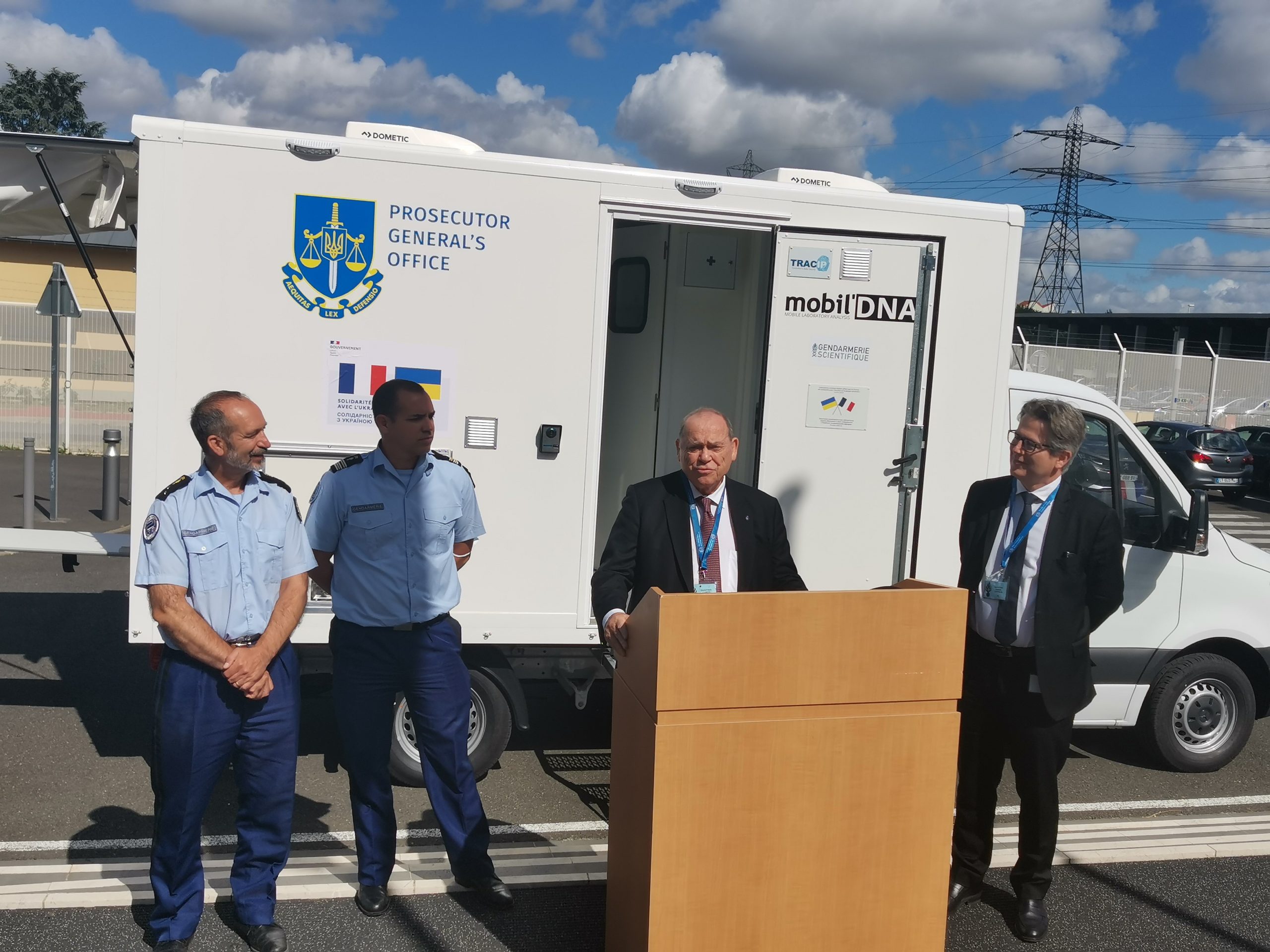 In support of the Ukrainian authorities, the Crisis and Support Centre of the Ministry of Europe and Foreign Affairs provided a mobil’DNA (also called “DNA lab”) to the General Prosecutor’s Office of Ukraine.

The mobil’DNA is a mobile laboratory dedicated to rapid DNA analysis and designed by our subsidiary Tracip in collaboration with the IRCGN.

This all-terrain laboratory can be mobilised anywhere in order to be as close as possible to the theatre of operations and thus speed up the DNA analysis process and the identification of victims. It has already proved its worth during the Germanwings crash (2015) and the Nice attack (2016).

In response to this logistical imperative, France wished to contribute with the donation of this unique DNA laboratory in order to save precious time for the Ukrainian armed forces which are currently facing an unprecedented war against Russia.

OUR PRESS RELEASE
OUR MOBIL DNA

Thank you for your message. We will come back to you soon.